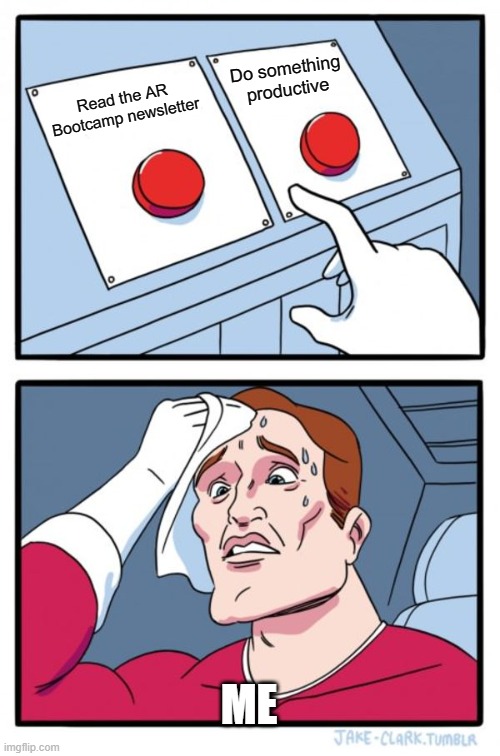 Lens Fest is just around the corner so I want to share my predictions for what's next for Lens Studio. In case any of my predictions come true, I do want to clarify that I do not have any insider knowledge as to what Snap is currently developing. These are just my guesses based off previous updates and where I think things are headed in the future.

My first prediction is that they'll release Lens Studio (LS) 4.8, or maybe 4.9 because they seem to be skipping numbers now. Both versions 3.0 and 4.0 launched at the Snap Partner Summit that happens in early summer, so I don't think we'll see LS 5.0 until then.

So what about new features? There are a few features that I think are imminent due to a few factors. I don't think AR glasses are going to completely replace smartphones, but they probably will be a part of the future. Snap also seems to be courting game developers with Spectacles and then there's that whole "metaverse" thing that nobody seems to understand yet everybody keeps talking about it. So with those factors in mind, here six features that I think are coming next (potentially at Lens Fest, maybe not until LS 5.0, maybe never)

So in the last newsletter I said that body tracking was coming "soon" to Spark AR, but then it really did come soon and is now available.

I now have two tutorials on adding Snapchat lenses to videos with Snap Camera. The first tutorial feeds video into Snap Camera and then you can either record directly from Snap Camera or use something like OBS to record the Snap Camera feed (which is what I recommend). My second and new method uses a simple Python script to attempt to do the whole process frame-by-frame. It isn't perfect and things like particles or chain physics won't work, but if your video has lots of jump cuts then this might be a good option for you because Snap Camera sometimes needs a few frames to find the face again after the transition. If enough people start using these methods and we can show Snap there's real demand for a proper solution, maybe they'll create a video editor plugin or add the feature to Snap Camera.

When 8th Wall started building hype about something they were going to announce at Augmented World Expo, I hoped and prayed that it would be affordable pricing for solo creators. Alas, I didn't pray hard enough and instead they announced Reality Engine. Reality Engine is 8th Wall's new platform which runs across smartphones, desktop/laptop computers, and AR/VR headsets. It is pretty cool to see this kind of cross-platform support and I hope we see more of it. Now if only they had a pricing tier that was actually appropriate for "developers looking to get started with WebAR" to help build out this so-called metaverse everyone keeps yammering about...