It's been a while since I sent out a newsletter, but I am indeed still rambling about AR stuff.

I sometimes like to recreate TikTok filters for Snapchat. My most recent recreation was the Split Scanner lens I created. So what's the big deal? The big deal is that I did not write a single line of code to create this lens. I used the built-in behavior and tween scripts to handle everything. I think it would have been easier to write a control script, but I wanted to see if I could create the lens only with the built-in scripts. The scanning effect itself is based off my time warp tutorial, and then I went ahead and created a tutorial for the tween script. The more I use the tween script, the more I'm impressed by what it can do. Definitely check it out if you haven't already.

Miss out on the Snap Lens Network?

Back at Lens Fest in December, Snap announced they were opening back up the Snap Lens Network (SLN) application form. Snap just did their quarterly review of applicants and I know a bunch of creators were not selected. Here is my advice to anyone who was not selected this time around for the SLN.

You've probably already heard the big announcement that Niantic bought 8th Wall. My big question is if this means 8th Wall will become affordable for independent AR creators. Currently it is $99 a month - for comparison you can get the entire Adobe Creative Suite for $80 a month. I've made the acquaintance of a few people at 8th Wall and they're great, I love talking with them. But that pricing is just too high. I guess it worked well enough to be bought by Niantic, but just imagine how prominent WebAR could be if they opened up their platform a bit more. 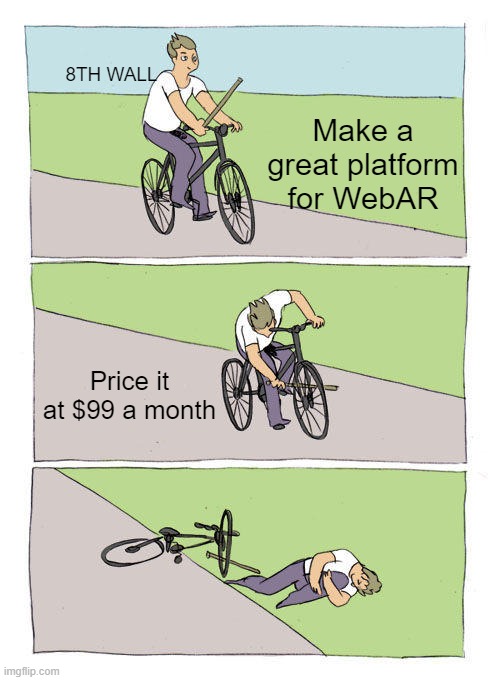